Kiefer Sutherland has been a lot of things throughout his lifetime – a vampire, an undercover agent that saves the world and, most recently, President Of The United States, but did you know his first love has always been music?

At seven years old, Sutherland asked his mother if he could take guitar lessons. His mother told him him he could pursue the guitar when he was ten, but had to continue with his violin lessons, for the next three years, until then. At age eleven, a friend of Kiefer’s mother needed a child who could play violin for a play he was doing about the Holocaust. That was Kiefer’s first taste of the theater and although he’s always had a passion for music, he pursued acting as his chosen career. Is it difficult to separate the two?

In a recent interview with Long Island Pulse Magazine, Sutherland said, “These songs are actually very personal. They’re very autobiographical and that’s the big difference. When I play a show I spend a lot of time explaining [that] this is where I was at in my life when I wrote this song. It’s not a character, it’s actually me.”

Sutherland released his debut album, Down In A Hole in 2016 and his follow-up, Reckless & Me is due out later this year. We are loving the first single, “Open Road”, a love song for a life on the road. 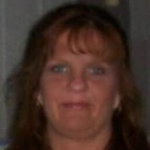